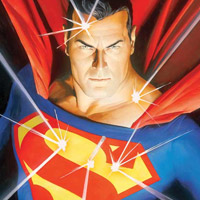 Alphas is the SyFy Channel's latest attempt at bringing stories about people with incredible abilities to a popular audience. Since the 1930s, comic books and magazines have excelled in entertaining readers with extraordinary tales of seemingly ordinary humans who possess extraordinary powers. It didn't take long before film and television followed suit.

In the past decade, as geek culture became mainstream, entertainment companies have been investing in ways to exploit viewers' hunger. While the supernatural reigned in the 1990s (The X Files, Buffy the Vampire Slayer, etc), the 2000s approach to super-powered beings on TV have taken a more practical approach (Heroes, The 4400, Fringe, etc.)

As we get ready for the premiere of Alphas, take a look at our Top Ten lists celebrating the show's predecessors, and vote for which of the classic super powers you think is the best.

Vote for TV Shows with Super Powered Beings
Retrieved from "https://alphas.fandom.com/wiki/User_blog:Scarecroe/Classic_Super_Powers?oldid=4216"
Community content is available under CC-BY-SA unless otherwise noted.