Kimi Milard is a Red Flag operative and Building 7 escapee with an influencer alpha ability.

Kimi is part of the Binghamton prison break, using her ability to convince a prison staffer to attempt suicide. During the mass escape, she repeats the command with a prison guard who successfully shoots himself. After escaping, she joins up with Stanton Parish in Queens during an attack on a freight train.

The Devil Will Drag You Under

When Cameron and Scipio go to Stanton Parish's manor, Kimi is seen walking out and passing them in the parking lot. Later, Kimi is sent to detonate the voltaic grenade van with Cornell Scipio and Jeff Kowalka. When Cameron and Dani attack the trio, Jeff holds down Cameron and calls for Kimi who pushes Cameron to shoot himself. He picks up a gun and points it under his chin. Then Bill suddenly punches Jeff across the room, who hits a pickup truck and falls to the ground. Kimi turns to run but Bill punches her, throwing her backwards because of his ability. She lands on a pile of crates/barrels and trash-bags and is knocked unconscious. Since Dr. Rosen's team quickly left afterward, it can be assumed that she escaped, as so did Jeff Kowalka.

Kimi has a similar influencer power set to that of Nina Theroux, where she is able to directly control another person's actions through speech, though unlike Nina, she does not need eye contact. Instead, she appears to use whispering and relaxation (ASMR techniques) to influence others. This requires her to either surprise her victims or team with someone else who can restrain them while she whispers in their ear. It's important to note that she often kisses her victims after whispering, implying that her suggestion needs some sort of trigger to work (like in real life hypnosis). In both of her appearances, Kimi has used her ability to suggest a suicide command without any remorse whatsoever and appears to even enjoy it, which implies sadism or insanity on her part. It is also interesting to point out the irony in Kimi's ability manifesting in her voice, and yet she never has any clear dialogue on-screen. The closest has been her whispering and even those words are unclear to the audience. 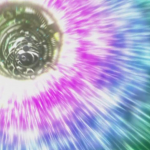 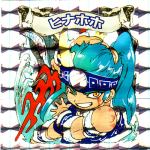 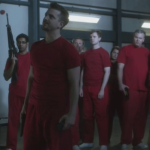