Eli Aquino was a Hyper-Accelerator Alpha, able to move at speeds faster than the human eye can track. Due to his ties to Stanton Parish, he was assassinated.

Eli is a white male. Eli is supposed to be 22, but due to the experiments performed on him by people supervised by Stanton Parish, he has accelerated aging and looks like a 40-year old. He has grey hair and beard. He has a medium build.

"The Quick and the Dead" Edit

Eli Aquino abducts Dr. Jay Westman from a restaurant at hyper-speed and subsequently kills him after taking him to a fish processing plant. The group finds Westman's corpse and confirms that Eli is the killer, and that he escaped from Building Seven with the other imprisoned Alphas. Analysis of photos show that Eli is aging due to the side effects of his Alpha ability.

Eli later abducts another victim, Dr. Lance Casey, to a warehouse, but the man admits that he doesn't remember seeing Eli. Cameron and Bill trace the doctor’s cell phone and arrive in time to shoot the knife out of Eli’s hand. Eli runs off and Bill amps up to follow him, but fails to make a turn and smashes into a dumpster while Eli escapes.

While the group watches Casey, Eli goes to the team's headquarters and asks Rosen to help him. He sees Rosen's photo of Stanton and recognizes him as the man who ran the clinic where he received treatments for his condition. Rosen assures Eli that he didn't work with Stanton and asks about him, but Eli wants to focus on himself. When Eli discovers that Danielle is in the building, he panics, ties her up, and takes Rosen to the clinic address. The building has disappeared and Eli takes refuge in a nearby church.

The FBI find Eli and Rosen and Eli holds his captive as a hostage. Danielle uses her ability to slow him down. As he thanks her, an unseen sniper kills him before he can reveal anything about Stanton.

Eli possesses superhuman speed and reflexes, moving at ten times normal human speed. He can also think and maneuver at incredible speeds allowing him to maneuver through landscapes at top speed without injuring himself or others. When using his speed, Eli perceives the world as moving in slow motion while to the world, Eli is a blur. Eli's body burns thousands upon thousands of calories as a result of his enhanced speed. The downside of Eli's ability is that his body ages at an accelerated rate appearing physically in his 40's when he is truly 22 years old. 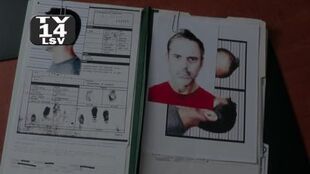 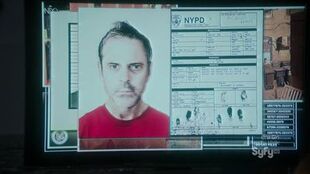 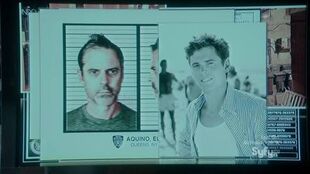 Add a photo to this gallery
Retrieved from "https://alphas.fandom.com/wiki/Eli_Aquino?oldid=12135"
Community content is available under CC-BY-SA unless otherwise noted.